It’s the 100th Anniversary of Auburn’s 1914 football season, and that squad’s success on the gridiron should be celebrated. After all, with an 8-0-1 season that included a victory over the famous Carlisle Indians, Auburn’s has been retroactively named a national champion for 1914 by notable selector James Howell using his Power Ratings Formula. So, let’s take a look back at that great Tiger team. 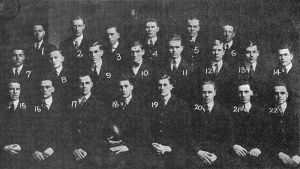 The 1913 national championship team, perhaps Auburn’s most dominant team ever, only allowed 13 points to opposing teams over a rugged 8-game S.I.A.A. schedule. However, the defense on the 1914 Tigers was even more dominant. Auburn was the only college football team that year to shut out EVERY opponent over a 9-game schedule. Having lost many of the stars of the 1913 squad, such as the speedy Kirk Newell, to graduation, Auburn’s power running offense had to be rebuilt. With inexperience on offense, head coach Mike Donahue relied on an impenetrable defense to lead the Tigers to victory time and again. 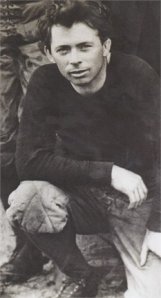 Donahue’s base defense was a 7-2-2 that featured larger interior linemen and then fast “smashing ends” whose assignment as to get into the backfield and disrupt the opposing offenses before the play could start. Donahue’s aggressive defense was a powerful response to the “open”offenses” favored in this era by coaches such as Glen “Pop” Warner, who Auburn would encounter late in the season.

After Auburn had crushed opponents left and right in 1913, Coach Donahue had a bit of trouble completing a schedule for 1914 and had to start the season with “warm up” games against Marion Military Institute and Hamilton Agricultural School. After quickly dispatching those teams, Auburn moved on to traditional rivals. Auburn beat Florida 20-0 in Jacksonville, Fla., and then Clemson 28-0 and Mississippi State 19-0 in home victories.

Next up was old foe Georgia Tech, led by John Heisman, at Grant Field in Atlanta. Auburn would wear numbered jerseys for the first time in this game. Led by Bull Kearley’s three fumble recoveries, Auburn would cruise to a 14-0 victory over a strong Tech team. In fact, not counting the losses to Auburn, the final record of the Tiger’s last four opponents, all conference foes, was a cumulative 22-5-3.

Next up was a trip to Birmingham to play powerful Vanderbilt before 10,000 fans packed into Rickwood Field.  Auburn had beaten Vandy the year before by a score of 14-6 to seal an S.I.A.A. championship. On a rain-soaked, muddy field, “Iron Mike” Donahue’s defense held strong the entire game. Not once, not twice, but three times the defense rose to the occasion and stopped Vandy on fourth down in the fourth quarter and preserved a 6-0 victory that show that the prior year’s victory had been no fluke. Auburn had replaced Vanderbilt as the dominant Southern football power.

Auburn next traveled to Atlanta for its rivalry game against the Georgia Bulldogs. Though field conditions were no problem, both teams had trouble moving the ball against strong defenses. Georgia twice neared Auburn’s goal line, only to be turned away by jarring blows from Tiger defenders that caused fumbles Auburn recovered. Auburn’s chance for a victory ended when halfback Frank Hart was caught from behind near the Georgia goal line as time expired, leaving the game a scoreless tie.

Auburn’s final game of the 1914 season was a fan spectacular set up against the Carlisle Indians of Pennsylvania as Atlanta’s first intersectional college football game. It matched two of the premier teams of 1913, when Auburn had gone 8-0 and Carlisle 10-1 (even without Jim Thorpe, who had moved on to pro football).

Carlisle was led in 1914 by its imposing All-American fullback Pete Calac, who had the size and speed of today’s running backs and would go on to play 10 years of professional football. A traveling team, Carlisle’s “B” team had dispatched the University of Alabama the weekend before in Birmingham by a 20-3 score and Calac, well-rested, declared that Carlisle would have no problems beating Auburn. 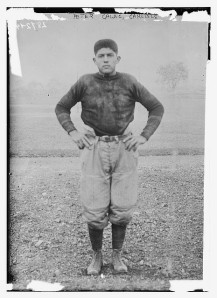 Led by the great “Pop” Warner, who would later go on to coach at Georgia, Carlisle’s offense featured trickery – such as reverses and two or even three pitches of the ball – on almost every play. But he had not met a team with a defense powerful enough to stop Calac’s inside runs and the speed and aggressiveness to control sweeps to either side. The game remained a scoreless tie until late in the fourth quarter when Auburn quarterback Lucy Hairston completed a pass to bring Auburn near the Carlisle end zone, and then kept it himself to win the game with a 6-yard scoring run that showed the college football world that Auburn was truly a national powerhouse.

This 1914 Tiger team ranks with the best teams in Auburn history and it should receive all the respect and recognition from Auburn’s Athletic Department and its fans that it deserves by raising – on its 100th Anniversary – a national championship banner in Jordan-Hare Stadium.